And the doctor said, “We don’t know what happened!”… but we bet our readers do! 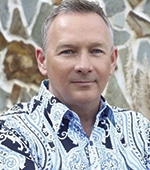 And the doctor said, “We don’t know what happened!”… but we bet our readers do!

I was blessed to be raised in a home where on the rare occasion that someone was sick, our first resort was to pray the prayer of faith and believe for a miracle. As a young boy I witnessed people get out of wheelchairs and walk. I have come to personally believe that miracles should be common for Christians.

A recent miracle I witnessed happened within one of our services. During our time of worship, I received a word of knowledge from the Holy Spirit concerning God healing and restoring the cartilage in the knee. I asked the congregation if there was someone who had this issue in the knee. A young man within our congregation raised his hand. People then gathered around him and began to pray for him.

His parents later told me that he had an incurable condition where the cartilage in his knee had disintegrated and was nothing more than a very thin layer. It was causing him pain and the inability to participate in sports activities. The doctors had told them that it was impossible for the cartilage to regenerate and he would probably be in a wheelchair before he was thirty years old.

The following week, this young man had a doctor’s appointment to reexamine his knee. The young man was excited and kept telling his mother, “God healed me.” His mother waited while the doctors examined his knee and conducted an MRI. She began noticing that it was taking longer than usual. Finally the doctor reappeared and asked that she come back to the examination room. He showed her the MRI and began to report to her, “We don’t know what has happened.” He continued by telling her that the cartilage in her son’s knee had been totally restored and there would be no need for surgery or for her son to see them again. PRAISE GOD! He is the miracle worker!