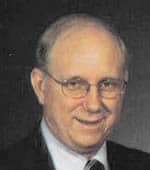 Diane Rayner can tell you about that. She and her husband and children had moved one year to Richmond, Virginia. There her youngest son, Marty, had quickly become best friends with the little boy next door named Kenny. Marty was deaf in one ear, but it made no difference to Kenny. Every afternoon after school, one or the other one of them would slip under the electric fence around the horse pasture that separated their homes and run to play with the other one until supper time.

That year as Christmas approached, Diane noticed that Marty seemed to be acting strange. He did his chores with unusual willingness and speed. He counted his allowance money with extra care. Then just a few days before Christmas, she learned the secret. Marty had saved up all his allowance and had bought his friend Kenny a beautiful compass. Diane was touched, but she was also afraid. Kenny’s family was very poor, and Diane doubted that Kenny’s mother would allow him to keep the gift since they could never afford one for Marty. When Diane told Marty about this, he suggested that He could give the gift in secret. On Christmas Eve, he would sneak over to Kenny’s front door, and put the gift on the front porch, ring the doorbell, and then run away before anybody came. It was a touching idea.

And so on Christmas Eve, Diane opened the door, and watched as Marty slipped across the horse pasture and up on the front porch. He placed the gift down, rang the doorbell, and ran fast. Unfortunately, in his hurry, he forgot about the electric fence around the horse pasture. He ran into it, and it hit him across the face, leaving a nasty red burn from his mouth to his ear. Diane went to bed that night troubled. It seemed such a cruel thing to happen to a little boy who was doing what the Lord wants us to do at Christmas, to give to others, and giving in secret at that. Diane confesses that she was disappointed and hurt with God. But she was wrong. The next morning when Kenny came over to show Mary his new compass, as the boys were talking, Diane noticed that Marty was not cocking his head as he usually did. He seemed to be hearing out of his deaf ear! A check with the doctor proved it was true. Marty’s hearing had somehow been strangely restored by the shock of the electric fence. What Diane thought was a terrible bad thing, God was using to make Marty hear again. God was at work in a way she did not see. And in the same way, God is present in His world at work all over the place, we just don’t have eyes to see it