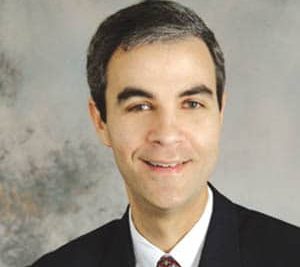 Christians are often asked where they have seen God at work recently. I see God everywhere-in nature, in other people and even in technology in which God has given humans the mental capacity to use in amazing ways.

Some people believe God does not reveal himself as He did in Biblical times because He doesn’t perform miracles such as walking on water or parting the sea. I see miracles that evidence God’s presence on a continual basis. My position is summed up by the following words of a song “Holy Now” by Peter Mayer: “Wine from water is not so small-But an even better magic trick Is that anything is here at all-So the challenging thing becomes Not to look for miracles-But finding where there isn’t one.” It is truly a miracle that we are alive, that God cared enough to create us and place us in a world perfectly designed to maintain life. It is a miracle when you look at animals that are perfectly suited for their environment and who instinctively know how to best provide for their wellbeing. Other miracles are the setting sun, full moon and just the expanse of the sky. Scientists believe there are 122 precise and interdependent environmental constants that must exist to support human life on earth. Astrophysicist, Hugh Ross, has calculated that the probability that all 122 constants would exist on any planet in the universe by chance would be one chance in 10 to the 138th power which is one with 138 zeros after it. Obviously, that is impossible without God being the Creator especially considering that there are only about 10 to the 80th atoms in the visible universe. “For by Him all things were created: things in heaven and on earth, visible and invisible” (Colossians 1:16). When we examine the complexity all around us, its impossible not to see God’s handiwork.