God Means It For Good 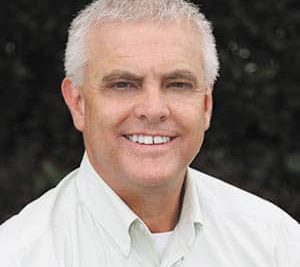 God Means It For Good

If I were the devil, I’d do everything in my power to prevent people from simply reading the Bible. In so doing, I’d rob them of vital, faith-building knowledge – knowledge of how God does things, and why. If I couldn’t get them to outright worship me instead of God, I’d at least distract them from God’s truth, questioning His wisdom, intentions, and character – if I were the devil. “My people are destroyed for lack of knowledge…” (Hosea 4:6 NASB)
One story I’d hide is that of Joseph in Genesis. When he’s 17, his own brothers sell him as a slave. He becomes the perfect slave, and is promoted to “Head Slave!” Then, he’s framed and jailed for something he didn’t do. He becomes the model prisoner, and is soon promoted to “Head Inmate!” His personal relationship with God keeps him adapting to every situation without becoming depressed or bitter.

With a God-given ability to interpret dreams, and a series of God-ordered events, Joseph is elevated to Prime Minister of Egypt – second only to the King!

Many years later, during a famine, Joseph’s brothers come to Egypt to buy the only grain available. They’re unaware that the man in charge of grain is Joseph. They don’t recognize him, but he does them, and reveals himself in a very emotional moment. Later, he moves his father, his brothers, and all their families to Egypt to live with him.

When his father dies, his brothers fear he’ll repay them for all the wrong they did to him. They beg his forgiveness, but he says, “ ‘As for you, you meant evil against me, but God meant it for goodin order to bring about this present result, to preserve many people alive.  So, therefore, do not be afraid; I will provide for you and your little ones.’” (Genesis 50:20-21 NASB)

When you’re on your own “Joseph journey,” and wondering why, consider these promises:

“Call to Me and I will answer you, and I will tell you great and mighty things, which you do not know.” (Jeremiah 33:3 NASB)

Your journey is meant to take you to Jesus: “Come to Me, all who are weary and heavy-laden, and I will give you rest.” (Matthew 11:28 NASB)

“I am the true vine, and My Father is the vinedresser. 2 Every branch in Me that does not bear fruit, He takes away; and every branch that bears fruit, He prunes (cuts) it so that it may bear more fruit.” (John 15:1-2 NASB)

“And we know that God causes all things to work together for good to those who love God, to those who are called according to His purpose.” (Romans 8:28 NASB)