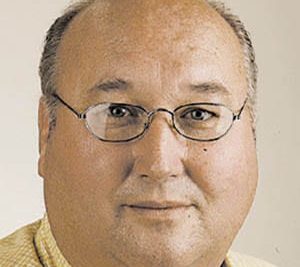 The story I am about to share is so amazing because when I look back I see the foreknowledge and the Devine providence of God.

My father, like my grandfather, worked for the international paper company in Millville, FL or as the old timers call it Bay Harbor. My grandparents lived at 135 Everett Ave. — just a rocks throw from the mill. So, when my parents got married, they wanted to get as far from the mill as they could. They bought a house on the water in Lynn haven. Neither one of my parents were saved at the time they bought their new home for $6,500 (including furniture, pots & pans, and dishes in the cabinets).

The little house had no air conditioning and was very hot in the summer. But, being hot was not the worst of it, there were two other problems: being on the water with the windows open, the sand gnats (or no-see-ums) would eat you alive AND their new neighbors were Nazarene missionaries. Those Christians next door had loud prayer meetings that would keep my dad awake at night. He really didn’t want to hear their prayers. To remedy the problem, he went and bought the biggest window unit air conditioner that Sears sold. That fixed the gnats and the loud prayers.

At those prayer meetings at Brother and Sister Talbert home were brother Gene Calloway and his wife Mitt, brother Trogdon and brother Joseph Anderson and his wife Alberta to name a few. The Anderson’s were prison missionaries from Minneapolis, Minnesota and would come every winter, parking their travel trailer in the Talbert’s front yard for a couple of weeks. They would preach at the prison on Hwy 390 and our local jail with bro C.E. Gibson. After five or six years of us living beside the missionaries, we became friends with all the people that would come to the prayer meetings. Eventually my mom got saved and began going next door to the prayer meetings.

One day while on a mission trip, tragedy struck our missionary neighbors. The Talberts they were both killed in an automobile accident. That same year the prison missionaries brother and sister Anderson came down for the winter. My dad said they should just park their travel trailer in our yard. Now keep in mind my dad was still not saved, but the Holy Ghost was working in his heart bringing conviction and drawing him to the Saviour. The prayer meetings that were next door moved over to our house. I can still hear those ole prayer warriors calling out my name as I was just a small boy at the time.

Eventually, my dad received Christ as his Lord and Savior and by God’s grace he saved me and called me to preach his glorious Gospel. All of those old saints that came to our house are with the Lord now, but their ministry lives on because God answers prayer! Aren’t the workings of a sovereign God amazing. My dad was just trying to get away from the smell of the paper mill and God did all this to PRAISE HIS HOLY NAME.