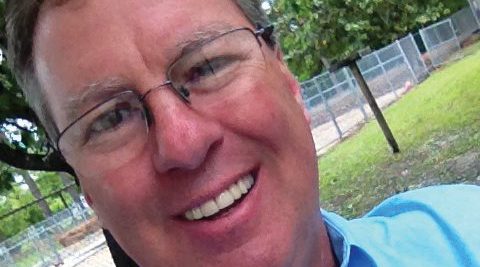 Dr. Sergei Korotya sat behind his desk and said to me with a slight smile, “I know why you are providing humanitarian aid to my hospital. You want people to become Christians.” I was in Gorlovka, Ukraine at a hospital that had received a significant amount of humanitarian aid. “You’re right” I responded. Dr. Korotya continued, “Well, I want to keep getting the aid, but I do not want to hear about Jesus.” He was quite surprised when I said, “Deal. I will keep giving you humanitarian aid and I won’t say anything about Jesus unless you ask me to.” It was about four years later when Sergei, (whose wife had begun attending worship services) asked if we could start talking about Jesus and studying the Bible. He added, “But don’t push!” We set up the time and agreed to meet at our home once a week. My wife prepared a great meal and we hosted Dr. Korotya and his family. After studying in Mark for about an hour, my wife interrupted and said, “It is time to eat, the food will get cold.” Sergei did not want to stop. After supper he suggested that we not wait until next week to study more, “Let’s meet again this week.” I told him, “Sergei, you are pushing!” He replied, “It’s okay if I push!” Not long after that he and his wife were baptized into Christ.

We were sitting in a small apartment in the Qvartal region of Gorlovka with several babushkas (grandmother in Russian) singing hymns, having a Bible lesson and taking the Lord’s supper. Babushka Anya was nearly deaf and almost blind. When the tray for the bread was handed to her she took a large piece of the bread and passed it on. Those around her noticed her and one even scolded her for taking such a large piece of the bread. Then when the juice was passed around she wanted to take more than one cup. The babushka beside her said loudly (they may have thought they were whispering), “you can only have one of the cups!” In reply, Babushka Anya said, “Isn’t the bread and the wine supposed to be the body and blood of Jesus? Well, I want more Jesus!”

When people live out their faith, and tell the story of Jesus well, the end result is always the same: People fall in love with Jesus, they commit to become his students, they tell the story. “I want more Jesus, too!” Don’t you?