Now live, you children of God 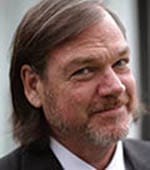 Now live, you children of God

They say he was bald, so that’s how I picture him in my mind. A short, bald and intense man is who the Apostle Paul is in my imagination. He was a man who was passionate about his mission. He was consumed with the mission of reconciling a broken humanity with their Creator.

He lived under the constant threat of punishment or death because of his faith. For him, each time he preached was potentially his last sermon. While in the city of Ancient Corinth, Paul was faced with the daunting challenge of competing with a philosophical culture that prized deep and original ideas presented with great oration. Yet when he came to town, Paul said in 1 Corinthians 2:1-2 “… I did not come with eloquence or human wisdom as I proclaimed to you the testimony about God. 2 For I resolved to know nothing while I was with you except Jesus Christ and him crucified.”

It’s just that, when it came to what it was he was sure of and what was shaping his life it was this simple (yet profound) idea that Jesus is the messiah and the messiah died in our place.

I really like that. I like that a LOT. There are a multitude of issues and doctrines that are presented to us as being so important that the very future of the church is dependent on where we stand concerning them. Yet so often these things only serve to divide God’s people further and further from each other, and sometimes further from the center of what is all important.

If this were the last message I could preach, I would say that there are many issues in the world and doctrines in the church about which I have opinions and even convictions concerning. But there is ONE thing I’m solid on where I’m unshakeable in my stand. Jesus is the Christ – he is God incarnate and if we want to know what God is like, really like, we have to look squarely at him.

Looking at him, we can’t help but recall the act for which he is most famous for, his death on a cross. To know what God is like we look at Jesus, and looking at Jesus we see an expression of self-sacrificial love. The teachings, miracles, resurrection, ascension and return are all very important to be sure – they describe life as God intended it and the glorious ending God points us toward. But the cross reveals the character of God like nothing else. Don’t run from religion assuming it is god. Run past religion and into those outstretched arms of grace.

If this were the last thing I could say, I would say boldly: Look to Jesus to know your Creator God. Look to the cross and know that God is not mad at you. He loves you and wants you to live.

Now live, you children of God.