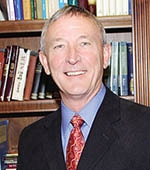 Legend has it that there was a man who was lost in the desert. He was dying for a drink of water. He stumbled upon an old run down shack, a windowless, weather beaten shack. He walked inside and noticed a rusty old pump in the corner. He walked over to the pump and began to move it up and down in hopes that some water would trickle out. After several minutes nothing came out.

He then noticed a jug, a dirty dusty jug sitting beside the pump. He picked it up and noticed it was filled with water. He wiped the dirt away and saw a note that was attached to the jug that read, “You have to prime the pump with all the water in the jug and you will have all the water you want.” There was a P.S. at the bottom of the note: “Be sure and fill the jug before you leave for the next weary traveler.”

He was faced with a decision. If he drank the water that was in the jug, even though it was murky, he would live. But if he poured the water into the old rusty pump, perhaps it would yield all the cool fresh water he could possibly drink.