I read that if we have just the faith the size of a mustard seed, we could ask that a mountain be cast into the ocean and it would be done. Is this level of faith attainable? 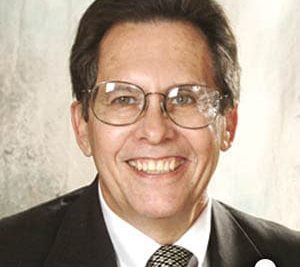 I read that if we have just the faith the size of a mustard seed, we could ask that a mountain be cast into the ocean and it would be done. Is this level of faith attainable?

First we must interpret what Jesus is saying in relation to the context of the passage.  Keep in mind that the LORD had given the disciples the authority to specifically cast out demons earlier (Matthew 10:6-8).  In the passage the disciples failed where at one time they succeeded.  Therefore it was not lack of authority but as we see by Christ comments it is because of their absence of faith.  Without faith we can-not please God (Heb.11:6) and, in fact, whatever doesn’t proceed from faith is sin (Romans 14:23).  The mustard seed was considered the smallest of all seeds.  Jesus was sharing that it was not the amount of faith that is important but the object for which we have faith in.  The problem is that the disciples did not have faith in God but in themselves.

The teachers of Judaism commonly used the “mountain moving” imagery as a way to describe “mountain size”  obstacles in life that could either be removed or pulverized.  Jesus was not speaking of the actual physical removal of a mountain.  This is the kind of sign that the Pharisees and Sadducees demanded of him when they tested him earlier in Matthew 16:1,2 and were rebuked for it.

The second part of the question was to share if I had ever seen “mustard seed faith in God that can move mountains”.  Yes and so has everyone else that has had prayer answered, Matthew 17:21.  The person that has been saved by the grace of God through faith has overcome the mountain of everlasting death.  The mountain that was removed by Jesus when he “bore the penalty for our sin” is the largest mountain that anyone will ever face and compared to that all other obstacles in our life can comparatively be considered hills!  (See Matthew 17:20 “Mustard Seed” scripture.)

April 20, 2019 / by admin / in Difficult Questions Answered
No comments yet