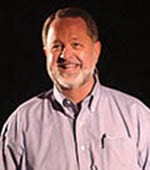 When I was in Seminary, a professor shared with me a set of scriptures in the Book of Romans, which is referred to as “The Roman Road.”

First, we are Recognized By Sin. Romans 3:10 says, “As the scriptures say, ‘No one is good – no one in all the world is innocent.’” And Romans 3:23 says, “Yes, all have sinned; all fall short of God’s glorious ideal.”

What that Scripture is saying is that we are recognized by our own sin. Unless we have been saved, we are sinful. Now who all does that include? Read it again silently to yourselves. No one is good. No one in all the world is innocent. All have sinned. All fall short of God’s glorious ideal. Well, that makes it pretty clear, doesn’t it?

Second, we are Ruined By Satan. Romans 5:12 says, “When Adam sinned, sin entered the entire human race. His sin spread death throughout all the world, so everything began to grow old and die, for all have sinned.”

Third, we are Remembered By The Son. Romans 5:8 tells us, “But God showed His great love for us by sending Christ to die for us while we were still sinners.”

God did an amazing thing when He sent His Son to die for us. God’s love is unconditional. He just loves us so much that He gave His Son not knowing if we would accept Him and be forgiven. Despite our sinfulness, Jesus remembered us and gave His life for us so that we might be forgiven.

Fourth, we have been Rescued By The Savior. Romans 6:23 says, “For the wages of sin is death, but the free gift of God is eternal life through Jesus Christ our Lord.”

This scripture is saying that all we can ever earn, spiritually speaking, is sin and death. There is no way we can earn our own salvation. What do we have that is valuable enough to pay for our sins? Nothing.

But God in His unconditional love for us has provided a way for us to be forgiven. The free gift of salvation is offered to us by the grace of God. It is nothing we have done or could have done, but is simply offered to us out of the goodness of God.

Fifth, we are Redeemed By Salvation. Romans 10:9-10 says, “For if you tell others with your own mouth that Jesus Christ is your Lord and believe in your own heart that God has raised Him from the dead, you will be saved.”

Now that’s pretty clear, isn’t it? Then the scripture goes on to say, “For it is by believing in his heart that a man becomes right with God; and with his mouth he tells others of his faith, confirming his salvation.”

There are two key words that stand out in that scripture. Believe and Confess. If you believe in something, you won’t hesitate to talk about it. But if you’re not quite sure, you won’t say anything for fear of being wrong. If you believe in your heart and confess with your lips, you will be saved!