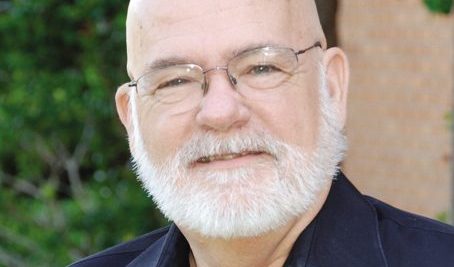 Jonah had gone a long way from God: He left the will and presence of God, traveled across the Mediterranean, went to the bottom of the sea, and rode who knows how far in the belly of a whale.

But our text tells us that our reluctant prophet found the way back. The people of Nineveh had gone a long way from God as well. Their ancestors had known the One True Living God. They descended from Noah who found grace in the eyes of the Lord. But they had forsaken the God of Noah and fashioned for themselves gods of their own choosing and worshipped them in perversity and promiscuity.

They also find the way back.

You may be looking for a way back. The way back can be summarized in one word: repentance.

The Book of Jonah offers us TWO PICTURES OF REPENTANCE.

Jonah 2:7-9 shows us that Jonah himself repented of disobeying the Lord.

The People of Nineveh also repented when Jonah preached to them. In fact, both the king and the people joined in a fast, wore sackcloth, and abandoned their wicked ways.

The Bible shows us repentance is not an accessory. Repentance is a necessity. Throughout the Old Testament God called to His people, “Repent, and turn from all your transgressions.” (Ez. 18:30) Hosea tells us that Israel went into captivity because they refused to repent. John the Baptist proclaimed, “Repent, for the kingdom of heaven is at hand!” Jesus preached, “Repent, and believe in the gospel.” The disciples, Peter, Paul, John, all preached the message of repentance.

Repentance is a constant theme in the Bible for two reasons. First, Repentance is necessary for salvation. Jesus said, “I tell you, no; but unless you repent you will all likewise perish.” (Luke 13:1-5) But Repentance is also necessary in the Christian´s life: to restore broken fellowship (1 John 1:9), to grow in Christ (2 Cor. 7:9-10), and to avoid or end the chastisement of the Lord (Heb.12:6).

What happened in Nineveh? The people believed God´s Word. They repented. They were heart-broken over their sin. They abandoned their wicked ways. “Then God saw …that they turned from their evil way; and God relented from the disaster that He had said He would bring upon them.” They found the way back.

What happened to Jonah? Jonah repented also. His heart was wrenched because of his sin. He told God he would obey. “So the Lord spoke to the fish, and it vomited Jonah onto dry land.”

Sin will bring you down; but repentance will bring you back up. Be heart-broken over your sin; utterly forsake it; march the opposite direction to Christ. God will raise you up.

Repentance is the way back.