Won’t you please put your faith and trust in Him today? 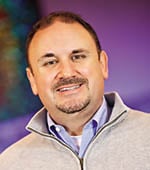 Won’t you please put your faith and trust in Him today?

Strive to enter through the narrow gate,
for many, I say to you,
will seek to enter and will not be able.
Luke 13:24

This verse tells us there is only one door to heaven…and it is narrow. These words of Jesus are not politically correct in our age of religious pluralism. If Jesus came to America preaching this message today, He would be labeled a radical and would probably be arrested. In fact, that’s exactly why the Jews arrested Him and executed Him 2,000 years ago. To say there is only one way to heaven is an unpopular stance today. Most people think there are many ways to get to heaven.

Once a man told me getting to heaven was like flying from Little Rock to Dallas. I could fly American Airlines, and he could fly Delta, and somebody else could fly Northwest or Southwest airlines, but we’d all get to the same destination. Doesn’t that sound logical? I told him that sounded logical, but when you get on an airplane, you could never be 100% certain it would arrive at the intended destination; it could be diverted by weather, hijacked, have mechanical problems, or even crash. I told him I am booked to fly on Jesus Airlines and it’s the only one in the universe with a 100% on time arrival record!

Most Americans believe it doesn’t matter what you believe as long as you are “sincere.” Well, radical Muslim suicide bombers are sincere in their beliefs, and they are wrong. You can be sincere–and be sincerely wrong.

For Jesus (or any of us) to insist there is just one way to heaven seems too narrow-minded in this age of enlightenment. But look at His words again in verse 24. He didn’t speak of different doors, or different airplanes. He didn’t say, “enter through one of the narrow doors.” He spoke of THE narrow door.

Other scriptures confirm there is only one way to heaven. Jesus said, I am the way and the truth and the life. No one comes to the Father except through me (John 14:6). Now, let me misquote this verse the way most folks believe. Jesus said, “I am one of the ways, part of the truth, and one kind of life. No one comes to the Father unless they are religious and good and kind and sincere in whatever it is they believe.” Jesus didn’t say He was ONE of the ways or even the BEST way; He said He was the ONLY way.

The people in this passage were at the door; they were even knocking on the door. Almost getting into the door won’t get you into heaven. When it comes to your eternal salvation there is only one door…Jesus Christ! Acts 4:12 tells us, “…there is no other name under heaven given among men by which we must be saved.” Won’t you please put your faith and trust in Him today?