The Cross is NOT Enough 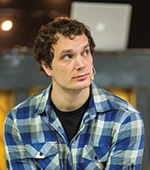 The Cross is NOT Enough

My story began five years ago when death pierced my soul like a cursed knife; I suffered no physical harm, but I felt mortally wounded nonetheless. Before Dad died, death was an abstraction, something that happens to other people. But I realized when Dad died that none of us can escape death.

None of us can escape it. We cannot hide.

Yet, the beauty of the gospel story is that it calls us from our hiding. The Christian story is not an escapist narrative whereby we ignore the reality of death. Rather, this story calls us “to take up a cross” and embrace death.

Our world’s great story is driven by death. Doing anything to ignore our own morality, we excessively buy and sell, create and consume, eat and drink. We keep ourselves busy and entertained, all in an effort to deny death…to deny our frailty.

But, unfortunately, churches have done little to counter Death’s grip on us. For many Christians, the story of the gospel ends at the cross. We rightly preach Christ’s cross as that which secures a safe, secure afterlife for us, except much of our gospel story-telling just ends right there, “Jesus died for you.”

Therefore, I make the bold claim here: The Cross of Jesus is not enough! The cross, alone, has never been enough!

We are not waiting for an afterlife where we get to forget about this life. We are waiting for resurrection…for a defeat of death, itself…for an elimination of its power…for a memory renewed so that all the death that ever was will be swallowed up in life, not forgotten, but set in a better context—in the context of a God who took on human skin, confronted evil, died at the hands of that evil, then resurrected from the grave in defeat of the powers of evil.

Five years ago death wrecked me. Since that wreckage, though, resurrection life has taken on a new meaning. Resurrection means there’s more to the Christian story than the cross. In a sense, the cross is not enough. But a cross with a resurrection, that is the greatest story ever told.